Six full-cast contemporary tales of terror from horror legends Hammer Films: terror underwater in a helicopter crash simulator in The Box; a neighbourhood clean-up campaign stirs up an ancient evil in The Fixation; the hate-filled words of an internet troll come to life in Sticks and Stones; a broken-down St Petersburg lift holds unimaginable terrors in The Devil in the Darkness; bingo, knitting and murder in 1970s suburbia in Spanish Ladies, and myths and monsters on a Greek party island in Don’t Go There. 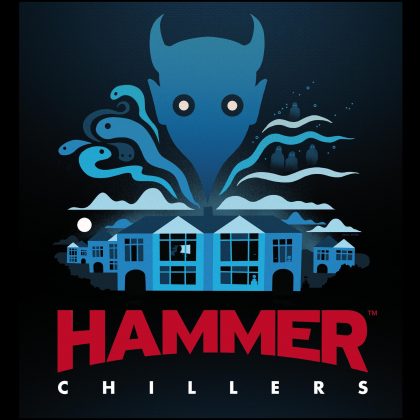